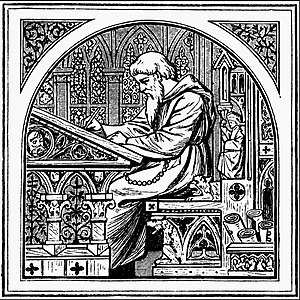 It’s 1am here as I’m writing this blog post.  I’ve done 12 (count em) articles today (work, which I can’t not do), tried to settle into my dissertation and failed miserably, skipped genning up a new character for my game, because I was  failing miserably at my diss, got breifly excited because my column went up today on ProudlionComics then sunk back into the doldrums of writing this dammed dissertation.

It’s odd.  I’ve never struggled quite so much with work, until it’s due to be handed over to actually count towards my degree – I know these are the final few hand ins and instead of feeling liberated and freed from the pressures of ‘dear lord I have to actually look him in the eye after handing in this smut’ I feel….constricted, and fed back into myself.  There’s this odd loop of shame going on instead of enjoying my writing, and most of it is tame.  The one I’m writing right now is a bit wierd – it’s not the cross gender time travel one I had originally planned on handing in, in fact,  it’s something remarkably different.  And I like it, a lot, but it’s taking forever to write, simply because it’s in second person and that, of all the perspectives I could write in, is killing me.

I’m sure I’ll talk about this more over on ‘Writer – interupted‘ (greenroominmyhead.com), but for now, all I know is that writing is becoming increasingly more difficult and sleep is ever more elusive.

How I handle todo lists

I haven’t forgotten you

I know, I know, I’ve been really REALLY bad at keeping up lately.

It’s not actually that I’m bad at keeping up – it’s more that between a very sick small child (she’s nine, but she turns into about a three year old when she’s sick – she has emotional and behavioral problems), first draft of my dissertation, end of year taxes, and a copy writing company that’s only ever quiet when I’ve got time to deal with it, and super busy when we really don’t have the time to do anything, by the time I get to bed at night and actually think about blogging on my iPad/phone then my brain has a bit of a meltdown and I get nada done.

And, if I’m being entirely honest, I’m really not feeling happy about much myself right now.
Ok, happy isn’t quite the right word.  Secure probably gets a bit closer, but it’s still not quite right.

I’m a great writer, and do really well with fixing hacks and coding, but every so often I go through these periods of questioning whether I want to work as a writer, or a coder, or even work at all.
I guess some of it is because of my dissertation, which is stopping me from focusing on my writing – ironic really, given my degree is creative writing, but mostly, I feel like I’m staring down the barrel of something nasty.

So I haven’t forgotten the challenge, I just need to get about three weeks of dissertation and a list of projects out of the way. 🙂  Have fun without me?

Kai, the archaeologist of fiction

I got asked a couple of days ago if I wrote for pleasure or profit.  If you think about it, it’s a pretty loaded question.  And I agreed to answer, but in my own time.
I’ve come to realise over the last few days, months, years of my life (I’ve been writing for nearly 30 years), that the truth of the matter is I write stories because I MUST.

Once, when I was ensconcend in a corner of a cozy pub with some freinds, I got to talking about writing and how I actually see it. Turns out, I don’t see writing the same as everyone else.  Not by a long shot.

I see writing as an act of discovery.  And the deeper I go, the more I discover.  Like I’m excavating the stories, a scene at a time.   I like being a fiction archaeologist – it’s one of the more enjoyable ways I spend my time.
But pleasure versus money?  Niether.  I derive pleasure from reading my stories – but I’m not sure if that’s the same.  I’d love to make money from my books, but only because then I’d get to excavate some more.  Unlike archaology, there are no universities sponsoring digs in my head, but it’s a nice thought.

Mental health and self sabotage

One of the things I’ve noticed about working with people in the mental health community is that most of us are instantly tolerant of the mistakes of others ‘like us’.  There’s a lot of outpouring of support, for example, for Charlie Sheen.  One of the critical problems with this though is that now, anything we talk about to do with bipolar disorder or anything else – for now at least – will also get lumped into feeds for people watching Mr Sheen’s very public mental breakdown.

Let’s be clear about this – I have personally been saying that I didn’t want to ‘bandwagon’ onto the Charlie Sheen ‘stuff’ because it’s cynical at best to grab traffic from someone else’s misery.  It’s also not a cricism of anyone else that has talked about CS on thier blogs, because, lets be honest, smarter minds than me are watching him and have more profound things to say.

What I did want to touch on wasn’t his mental health status (because until he’s diagnosed, he could be detoxing or coming off of some altered mental health state) but how people self sabotage.  I’ve seen a lot of it recently – it might be the pressures of the world right now, or it might be that it’s just more evident right now because the ‘hornet’s nest’ has been kicked over with all of the true and false information kicking around, about manic depression and other mental health issues, but what I’m seeing right now is a LOT of reactionary conversations and information that’s entirely contrary to what’s actually evidence led, especially in terms of treatment.

Many of you will know, especially  by looking at the archives, that I’m very careful not to advise for or against meds, but instead to advise that you do your own research.  I advocate that very strongly actually.  Having done both sides of the fence in the last year, it’s important to let people know that both are valid, and depends more on your situation than the opinions of others.  While medical opinion shouldn’t be entirely discounted, I’m sure that we’ve all met a professional whose opinion we questioned, doctor or otherwise (for example I don’t buy into much of what Dr Phil said or used to say – simply because tough love isn’t always the answer) so advocating that we make sure that we know exactly what the doctor or other health practiconer is recommending is sensible.

There’s two types of self sabotage – and Mr Sheen seems to be involved in the very public version of one of them – alienation of our support structures and surroundings.  It’s of critical importance to understand that these issues are very serious for anyone with mental health issues of any kind – if you lose or alienate anyone that’s around to help you, that’s one less person to turn to when you need support, right?

There’s another kind of self sabotage – where you believe everything you read, or get angry with people for providing an overwhelming amount of information, then weigh all of that, internally, equally.  It’s true, as I’ve said earlier in this post that there are some really smart minds out there, who say some deeply profound things, but it’s also true that there are people, like me, with no formal qualifications that write what we know.  Some of those people don’t even read first, they just let thier fingers run

Not everyone in the mental health community is going to agree with information (and there are a couple of doozies that I’ve got to rebut on here in the next week, because it seems every ‘mental health expert’ with an opinion has come out of the woodwork!) so it’s important to try and limit any of the behaviours that might land us in trouble.  Remember – keep reading and researching!