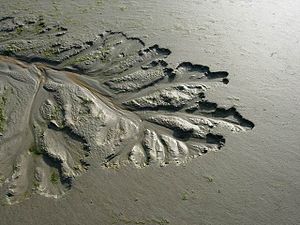 When I was very small, I discovered first hand what people did to those that they considered different. I have vivid memories of being beaten right through primary school from the age of four, till I got to high school. Some of my worst beatings left me barely able to walk, or talk – I’d come away with black eyes, sore kidneys and worse. But worse than that, I’d be bullied daily and told I was worthless.

There was no sense of ‘this is fine’ in our household about it – my mother would go in and tell the teachers to deal with it, my uncle too (who lived with us growing up) as did each of my aunts when they caught what was going on, but none of it took.  Ever.  I was still bullied, badly, through three school moves.   And then it started to spill into areas out of school, as well as in school.

I have two very painful memories of this abuse at the hands of other kids – once I was beaten so badly I had to run home (we lived in a house overlooking the school playground) because a boy two years older than me suddenly got it into his head that I had ‘AIDS’ and when I started bleeding on his shoes after he’d punched me in the face, it made him all the more furious.  I think I was in Primary 5 or so, which made me 9 or 10.
The other  of my most vivid memories was being crushed against a fence until a woman that lived in the flats above the school came down and physically pulled me out from the group of kids pushing on me and dragged me to the office.  She was angry because my screaming had woken her baby, but was absolutely appalled to see what the children I was in school with were actually doing to me – the school just shrugged and kept me inside then told me never to let them corner me again.

High school wasn’t much better.  I was thrown down the stairs twice, salt thrown in my eyes, chewing gum tossed into my hair, my hair set on fire, stabbed with craft knives…. (Again, I have to highlight, my mother was constantly on the case of the schools I was at to deal with this, both on the phone, in person and at parents evenings – none of my family left me to it while dealing with this but if you’re looking at bullying as systemic as being shoved and tripped down stairs when travelling between classrooms, then short of walking with another teacher, there’s little that the school could or *did* do.  That said, a lot of the teachers genuinely tried, but the system was imperfect I guess).
There were teachers that believed that it was ‘good’ for me to be picked on. It built character, according to them.  Other teachers felt that it was going too far and would arrange for me to stay in the computer labs at lunch time, or elsewhere, but by then it had already made a lasting and terrifying impression on me.

Now, when people compliment me, I don’t believe them. I havent changed since I was a child – my face and skin are the same proportions, shade etc. My hair has almost always been a varying shade of red.  But it’s little wonder I’m cautious of people now – I pay very close attention to how people do (x) or (y) and I can’t take a compliment.  The ‘worthless’ thing went with me my whole life – I can’t see past that comment.

There have been a couple of adult relationships since then that reinforced that whole ‘worthless’ conversation, but someone asked me, quite recently, if I could go back and change any one thing, what would it be.  I automatically answered – I’d go back and make sure that at six and older I wasn’t bullied.
While it’s true there are aspects of me that have hardened and become ‘stronger’ because of those experiences, being scared to walk into a crowded room, being slightly claustrophobic (especially around fences and railings), and flinching when people go to hug me are three things I really could do without, as is the idea that people aren’t talking about me when they say how pretty  I am.

I’m one of the lucky ones I guess – I know others in similar positions to me have killed themselves, or died because some prank on them went wrong, but at the same time, I’m one of the unlucky ones.  My childhood was filled with hatred from my peers – and that’s something no amount of affection now can ever erase.   My mom did her absolute best to protect me, and that mitigated the damage somewhat, but take my word for it when I say that the only thing bullying does is destroy.
While it’s true, it gets better, and we move on and grow up and things change, I don’t think there’s one kid that was bullied that doesn’t wish it was different.  There’s always hope though, and while there’s lots of studies out there that suggest bullied kids are the successful adults etc etc etc, and being bullied was one of the main reasons I turned to writing, my life isn’t what I’d have made it, and talking to some of the people that look after me, I have to wonder if some of it is because of what happened to me.

As this is SUCH a depressing post, and one of the few that talks about my childhood in this way, I have to say one final thing – I don’t resent or criticize how my mom handled what happened – in fact, if I had the choice to do it over again, or it were my kid, I’d have probably done the same thing.  Mom didn’t lie down and let it happen – she was constantly at the school, at my teacher, at the head teacher….But back when I was growing up, there was an element of ‘well, it’s not going to do any harm, is it?’.  That’s now been decided to be entirely false, but 25 years ago?  not so much.
So, the next time you compliment me and wonder why I’m not so keen to accept the compliment, or say ‘you should see yourself through the eyes of others’ – I have been for over 25 years.  What I see is an ugly, unattractive, odd little girl that got beaten for being different, and has come to terms with that idea.