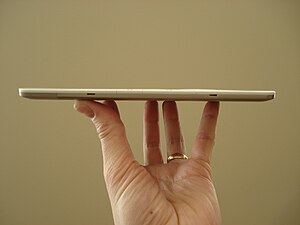 So, the new world order

I discovered a couple of things this weekend – the first being I don’t like being out of control – meds haven’t changed how pressured I feel when things start dropping out-of-order.
The second thing I discovered is I’m really freaking out about my dissertation – and with all my focus on trying to keep work flowing and keep up with all of my commitments, I’ve been pushing that to the back of my mind and going ‘la la la’. Not good given it’s due in just under 60 days and I’m only confident in about a fifth of it (of 10k). I have a meeting about that today…
The third thing I discovered – and keep discovering is that if I don’t commit to writing at least a little fiction daily, I become very negative. It’s not because my self-worth is tied to my writing – in fact it’s worse than that – it’s because without fiction, I really feel like I’m a failure.
I guess that needs to be examined some more because I can’t handle not writing fiction – but at the same time, I’m afraid to ‘put it out there’ so it sits, worthless on my hard drive. Ultimately too, I don’t need people to tell me I’m being silly, or demand it, or anything else – it’s not how my psyche works. I need to put myself out there, but before I do so, I have to start writing again.
What this means in practicality is that i am going to start small. A couple of times a week I’m going to take time out for my projects. Instead of investing (wasting!) time surfing the net, or vegging on Facebook (because I do that more often than I’m productive and helpful on there) I’m going to write my ‘own’ stuff. I’m not sure how I’m going to balance work and this yet, but it starts with my assignments and my dissertation. As they are fiction, that suits me quite nicely.

And yes, I know, I said this a couple of months ago, when I said ‘making it easier on myself’, but you know what?  Sometimes it takes me a while between making a decision and actually actioning it.  It’s a personality flaw I guess 😉
After May, I’m going to finish producing a couple of short non fiction books for the Kindle platform and start redressing this balance that’s out of whack. Ultimately I’m not earning ‘enough’ as a copywriter now and that needs to be addressed – not by taking on ever more work – but by balancing copywriting part time with being an author and publisher part-time. I have lots of marketable expertise – I really should share it.