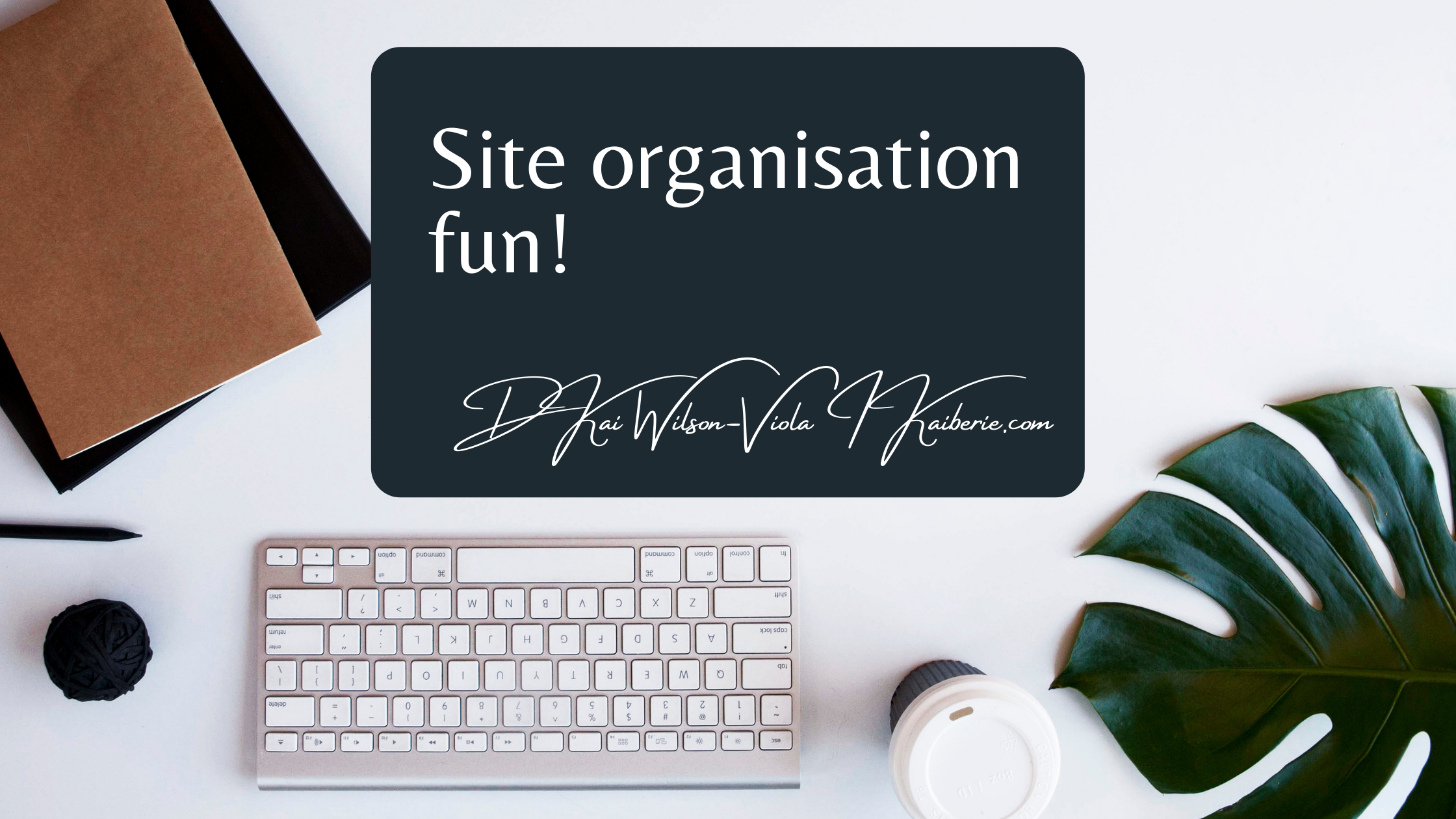 While my blogs merge down, I've got some housekeeping to do. Some categories will move, some will merge, some will redirect. Hopefully I caught it all while I was housekeeping, but I've made a
END_OF_DOCUMENT_TOKEN_TO_BE_REPLACED

Ok, I know, I’m supposed to blog more than once a week, once a month, once in a blue moon, but it’s been kinda hectic lately.  I’m still getting used to lots of things, but basically, since my last posting, I’ve sorted out my gap year funding for Uni, have handed in several essays to support my gap year, then even started back to my +1 year.

It’s been mad here – the youngest has changed schools – again – to a specialist unit.  The eldest tried out for grammar school.  My partner still loves his job, I founded an entirely new company, doing the same stuff (writing!), and for the first time in my life, came off incapacity benifit.  I’ll probably talk more about that whole fun experience later (and I mean fun in the exciting sense, not the sarcastic :D)

Other than that – I’m still slowly expanding my library of ‘I wrote this, I really should share’.  Slo-o-o-w-l-y, but faithful readers will know that this is the time of year that this changes.

I’m so excited.  So there should be more posts, from this blog and others about how cool things are going to get.
It’s good – great – to be back.

Last night, in the ‘writechat’ (http://twitter.com/#search?q=%23writechat) we were talking about a lot of different things – creativity and inspiration (which I’m going to post about tomorrow), productivity and more.

One of the comments I made was that my day runs on a split shift – that I take the kids to school, do around an hour of chores (more or less), have a half out workout on the wii-fit+/ea sports active, and then between 10:30 and 12, Write.  I stop for half an hour, then write again till 3.  I pick up the kids, and spend time with them and my finacee, and then, at 8:30, when they go to bed, I go up to my office (on the same floor) and then work for another couple of hours three days a week.  I either edit, reearch, or write up a novel in 30 days plan.  But I thought I’d outline exactly what I do and would love to hear from other people too.

History of my ‘Day in the life’ articles

At some point I’ll go back and find my two other ‘day in the life articles’ and place them in the archives, but I did my first ‘day in the life’ piece because I was asked how I fitted everything in.  At the time my daughter was two – and I was with my ex, and I had a very hectic life with two toddlers, an ex who to be honest I disliked and was struggling to keep our relationship together, and was struggling with lots of different things, including starting a business (which collapsed later) with a freind.

My next one, in 2007 was just before my head injury.  By that point, I’d met a new partner, I’d moved 400 miles, and I’d JUST started at Uni.  It was amazing how it had changed, but then I had a lifechanging accident.  I fell and banged my head, and for the next year and a half everything was a struggle.  Both my 2007 and 2008 Nanowrimos were almost the only writing I did.  Poetry that used to flow and spill from me took days to write, and there was nothing left for me to pull from.  I’m not sure, entirely why it happened, but it did, and I went from writing between 6 and 7.5k to writing 3k, if I was lucky.  My 2009 Nanowrimo was more successful, but it was still a monumental effort.   But with my ‘new’ routine, it’s getting better.  Slowly.  And as @toniandrews said, “That’s still prolific. 3K is a good day.”
I still feel like a failure though – which is more about me than anyone else.

7:30am – The kids and I get up, get dressed, have brekfast, get the last of our stuff ready for school etc.
8:20am –  The Kids and I leave for school
9am –  Tuesdays is office straightening day – filing paperwork, printing, signing or duplicating contracts, posting stuff back…
10am – Yoga/20 minutes of sports active.
10:30am-3pm – Writing with a quick sandwich stop.  There was no lunch break today.
3pm – left early to go to the library, because one of my requested books was in.
3:20pm – picking up my adorabe pre-teens.
4pm – home, snack for the kids, talk about thier day.  We clean up the bottom floor.
5pm – tea and getting the youngest ready for her Brownies.
6pm – youngest leaves for Brownies, eldest and I do popcorn and a movie.
8pm – youngest is back home, tuck her into bed and then at 8:30pm, do the same with my son. (Tuesdays and Wednesdays are the only nights I don’t read to them)
9pm – Tuesdays is games night, unless it’s cancelled, so freinds, gaming, or movies.  If games are cancelled, I edit my work or write.
10:30pm – reading, todo list in bed or Fallout 3 (which I’m currently playing through if I get everything else done).
12am – usually asleep.

I’m currently sleeping 6 hours, not four, and teaching myself that this is better for me, but I can operate on three or four hours sleep.