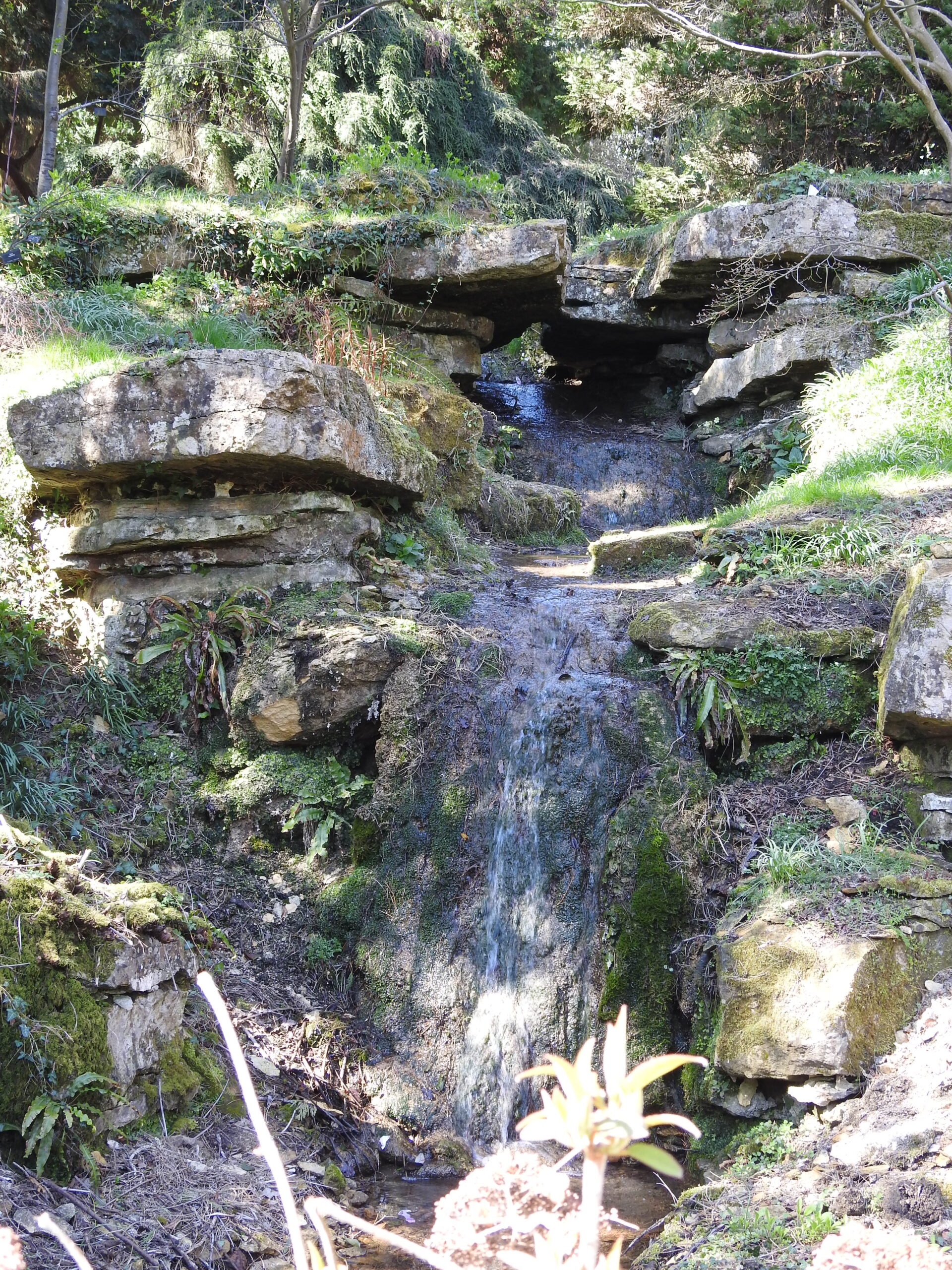 Quite honestly, I’m not entirely certain how I feel right now. There are so many different things that I’ve been thinking about. How we measure success. What we consider ‘worthy’ work, when we think about our lives, and how we decide to measure what we’re doing. Like water over rocks, we often smooth away the knowledge we don’t like and find a way to let it settle. And time, like water down a hill, never stops.

Judgement – my own worst enemy

Self-judgement that is. And I think that’s true of all of us. We’re ALL our own worst enemies when it comes to deciding if we’re ‘doing what we’re made to do’. Which in itself is a loaded sentence.

I really hate the whole “we’re human beings, not human doings” concept. It distils and negates a lot of the struggle we all have with the needs and responsibilities, the wants and the necessities we all carry and balance. I’m a human being. I am.
What I am right now?
A little bit stressed, a lot melancholy. Because I’m judging myself against a list of things that I just can’t expect to meet.
What I can say though is that I’ve achieved a lot that isn’t ‘obvious’. I was discharged from therapy, and told I’d successfully completed the work they wanted me to which is…awesome. I went into recovery care with the local unit over seven years ago. I moved two years ago, this week, to the unit the county over. I’ve put a commendation about Dr C. and my nurse, M, with my MP, I feel that strongly about their care. The whole NHS should be praised, for the last few years, of course, but the team that cared for me over the last few years especially, since just after my 40th birthday, are people that went above and beyond and made a real change to my life.

The grain silo, Being Human and more…

I’ve talked about these essays but never finished them. Some are actually in ‘And Miles to go before I sleep…’ and expanded upon. So, along with the retrospective coming for the rest of this week, and looking forward over the weekend (the blog is going to be busy), but I’ll be releasing the essays ‘The Grain silo’ and ‘Being Human’, along with the pre-order link for ‘And Miles to go before I sleep…’ over this week. I’ll maybe even get to talk about the major business project we’re launching. On Saturday or Sunday, I’ll release our sort of calendar, and aspirations we have. And they are aspirations. Not deadlines. Not must do’s. The pre-orders are fixed, but.. other than that, we’ll adapt. And the we in this case is my beloved, my family, my friends and I. Being Human isn’t to be alone. And I’m not. 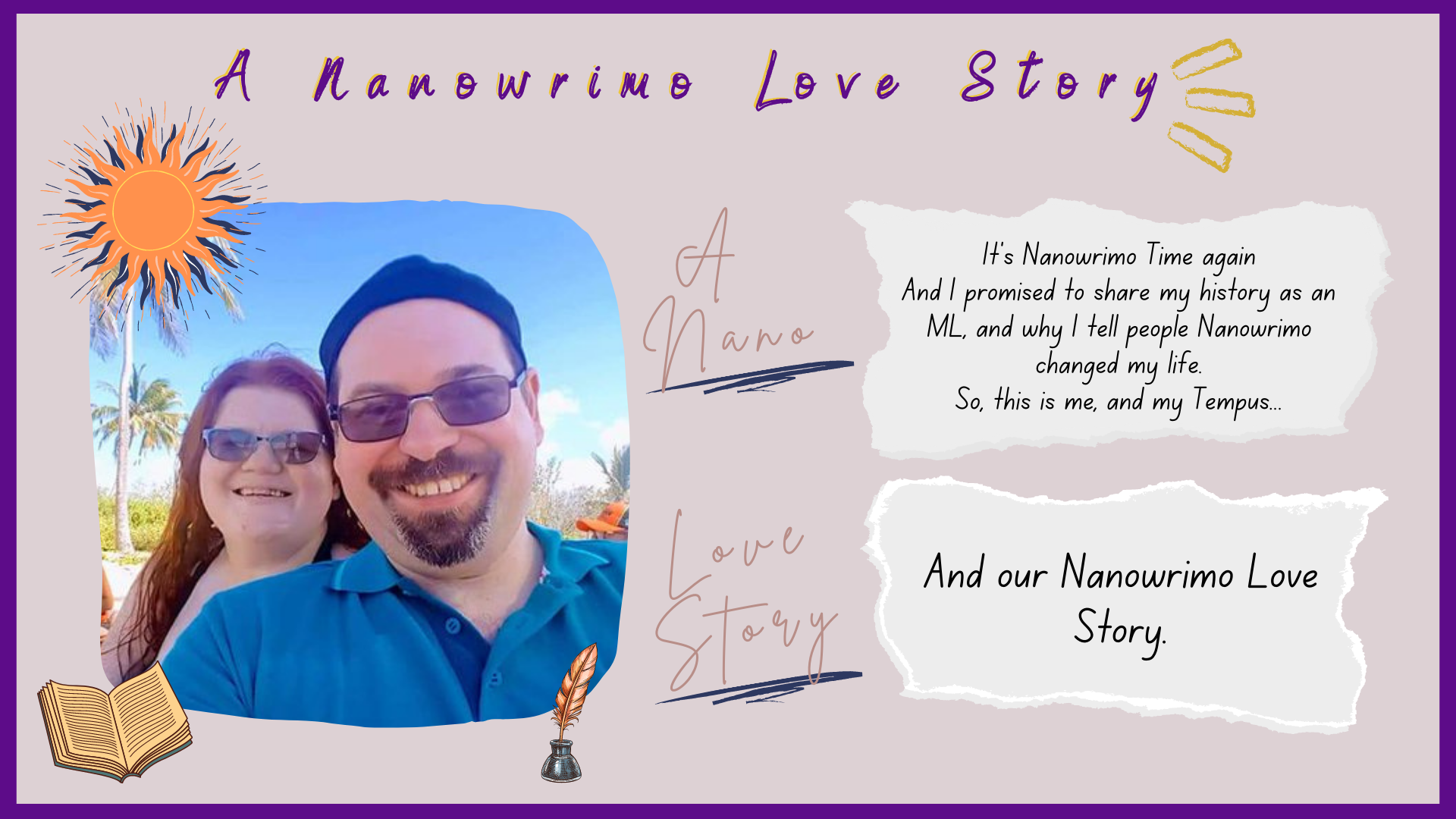 I’m not sure if people have much of an idea of my history with Nanowrimo, but I’ve been writing every November since 2003. Every November, I write 50,000 or more words. The only time, to date, that this wasn’t the case was 2004.

In 2002, while I was writing after breaking off ties with someone I’d been working with, and working on some pretty difficult stuff, someone told me about Nanowrimo. At the time, my ex and I were still together, and though everyone thought we were ok – I mean, my daughter was a year old, we had a three year old son. But he was pretty convinced that I shouldn’t be allowed to write, that if I was going to manage it, I’d have written that bestseller. Already.
He wasn’t a bad man – we have two amazing children, but neither he nor I were not good for one another. Between 2002 and 2003, we seperated.

Single, unhappy and lonely, I decided that I would take my mum up on her offer, and I vollunteered to run as an ML…for the whole of Scotland as it happened then. We all met in a very loud pub, I made lots of friends, and discovered a gaming club called GEAS. 2003’s Nano was also Glass Block. And Elliot Peters firmly entrenched himself in my life.
Elliot is Glass Block. Eventually, when the library of posts comes back online, that’ll make more sense, but he’s one of my backlist books. Tomorrow, he goes to an editor for update before we re-release him, thanks to my beloved’s help.
In 2003 though, I hadn’t even met him. Instead, I had Elliot, waking me up at 4am and telling me stories. Y’see, Elliot thinks of me as a confessor of sorts. And Internal Affairs as he’s a cop. As I live with psychosis of several kinds, this is completely normal to me, but I know some people find it uncomfortable that my characters are *really* real. Others aren’t. It’s ok.
I was seven months from my other ‘leading man’, Farran. Five or so from Tempus. And I quite honestly had a ball during Nano. Honorable mentions at this point to John, James, Gregor, and everyone else I met during those months of writing. You all made my Nanowrimo so much fun, and in fact, that was true for the whole time I helped out and ran Scotland as the ML.

I did promise you a love story, didn’t I?

Well, the truth of the matter is, and it’s a story I’ve told several times, without Nano, I wouldn’t have gone to GEAS, and in all likleyhood, Tempus and I wouldn’t have met. I can’t actually say that for sure, because I might have taken it into my head to look into D&D again, but… I’d given in on that having my kids. Tempus and I have been together 17 and a half years. We origonally just decided we wanted to hang out and have a bit of fun, but…a year in, when it came down to actually thinking about the future, neither of us could actually picture a time without one another. By 2006, we’d moved to where we are based now for his work, as he’d graduated in 2005. 2007-2011, Uni for me.
It’s not all happily ever after. My mental health is a challenge we meet with varying success, but he and I share many interests (newest one, solving our arguments with lightsabers, aka we’re both going to train and learn Ludosport.). It’s no secret we’re both gamers, and we’re both super geeky, but we do have enough divergent interests that we can be together or apart. But, I truly believe I was lucky, and that Nanowrimo plays a huge part in that for me.

Our love story isn’t over. I don’t believe it ever will be while either of us are here, but it’d be nice to think that we’ll have a child together and live long, happy lives together. I really do love him, and without Nanowrimo, who knows if I’d have had this chance.

You’ll note, I don’t refer to him other than ‘Tempus’. It’s because he’s not keen on talking about himself online. There are a very few pictures of us together, and I’ve added on to the bottom of this post, but I do know one thing.
My life is a very good one, and I love that it’s with him.

This is me and him, 2018, in the Dominican Republic. The full length shot of me with a boogie board was taken about an hour before, for those that know it.

He’s my bad idea bear, my beloved, my companion, my gaming and sparring partner. We talk books, games, movies. We tell each other jokes and pass on research from cyber security and infosec, and have a date night every Saturday. We go exploring good places to eat, we giggle at one another playing Fallout 76. We have our friends over for Gloomhaven. We’ve raised two wonderful young adults together since the 20 year old (@artenapan) was about 2 1/2, and her older brother too (he’s just as private as Tempus in many ways, so you’ll see him referred to as ‘Wonderboy’, or Titanboi. He’s in his 20’s too, and a wonderful man, and all of us are gamers of one sort or another.
But Tempus… He’s the best person in the world, and I’m so blessed.

And, one final, bonus fact. He’s the reason I have most of my pen name. He encouraged me to stay as Kai when I explained why I’d changed my name, and I did. In late 2004, after we’d been together for a few months, I asked him if I could use his last name so that when we get married, I didn’t need to rebrand. He didn’t even blink. Like I said, he’s an awesome guy.
And that’s my Nanowrimo Love Story 🙂