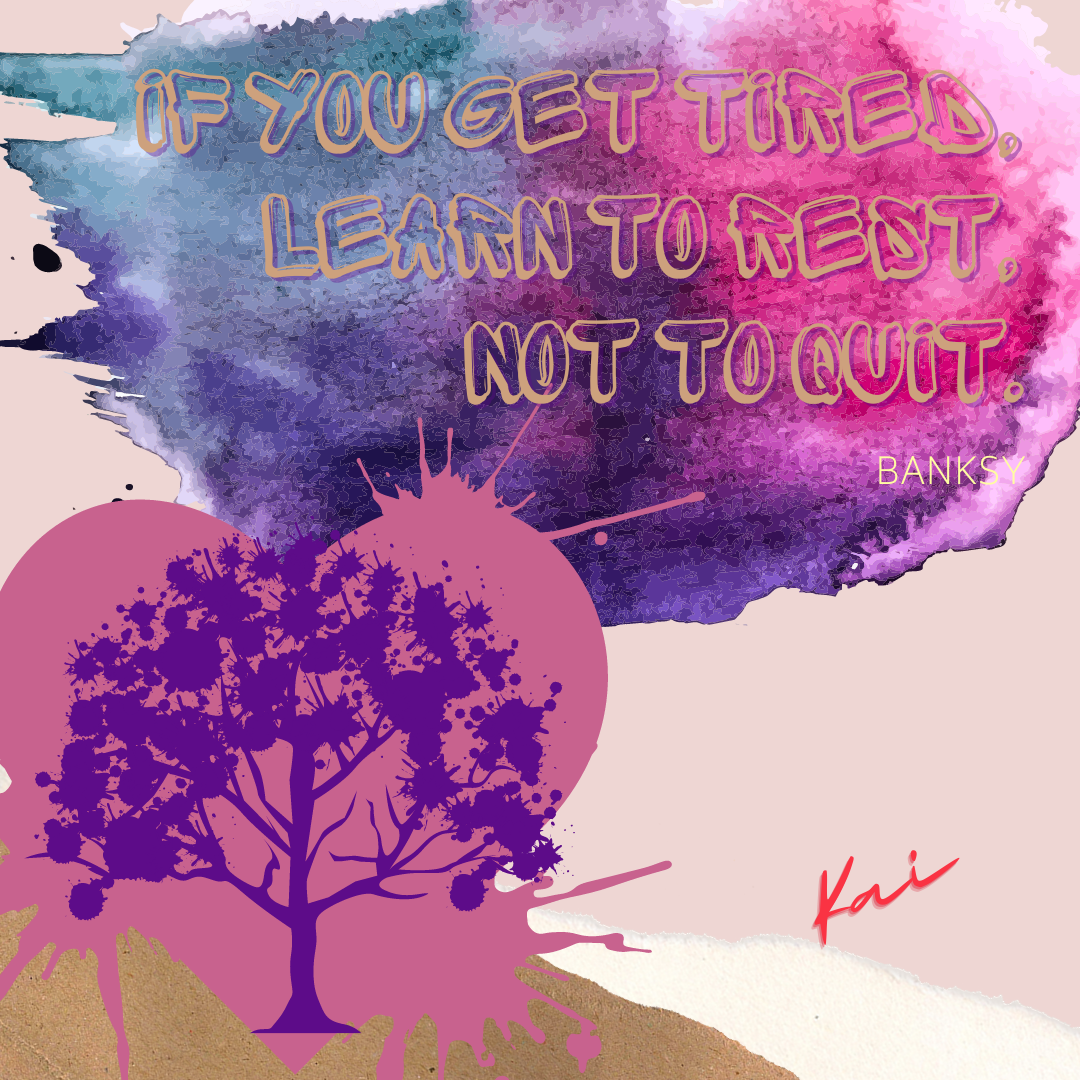 Recently, I talked about a few ideas I had about boundaries with a few friends, and for the most part, I’ve had great conversations about how to segment off time. But… I wanted to talk about something that had come up, and something I think it’s hard to talk about because when we do this stuff, it’s supposed to be positive and empowering.

So, I shared this a few days ago – and one friend said to me that I was far too focussed on how I was feeling right now. So we talked about that and she said that all I need to focus on now is making sure that we *all* survive in the community – that ‘community’ won’t survive unless people get their heads out of their asses.

And that literally left me…well…breathless.
I’ve been trying to articulate a lot of what I’ve been thinking about and it’s beginning to come down to a couple of concepts.
1) I’ve got some fairly cruel-to-be-kind friends – a good or bad thing, depending on what I’m doing.
and 2) If I’m suffocating/drowning/got no spoons, I’m useless to my community, and in real world communities, those that can’t contribute and have in the past are often seen far better than we behave towards those around us in the community right now. And by community, really, the main ones I’m around are the mental health advocate and the indie author community.

First, get your own mask on

Regardless of what my friend believes, the rule about oxygen masks that’s oft quoted – get your own mask on before trying to help others is important. Possibly critical. I’ve spent the last few years struggling against that, but things aren’t getting easier for me. So, my first step is my ‘oxygen mask’. For that reason, and that reason alone, I’m ressurecting ‘SMSCDT’ or Social Media Self-Care downtime.
My second action is my silo – something I’ll be talking about in another blog post.
But I wanted to be clear on this – if you need to step back – whether this is something you’ve done over and over recently, or it’s the first time – though it’s hard, you have to follow your gut, or your heart. Be aware that some people won’t be happy – and that if you’re accused of letting them down, you can either stop and think as to whether they’re right, or if you’re being guilted (I’m pretty much in both camps. When I step back, if I’m working on stuff that needs sorted, I’ve got plans for that too.

Step back, or be ashes

As this all went down on my chat server, another two friends saw what was being said and put their opinions in – part of the opinion that was shared was that not only was I right to be stepping back, but it’s not my place to burn myself up to keep other people warm (there are a lot of these metaphors, huh?) and that if I didn’t step back soon, they wouldn’t be surprised if I was just a pile of ashes at the end of it. It was at that point the friend admitted that if I stepped back, long term, I wouldn’t be around for her stuff and that she was relying on me to get stuff done. Flattering as that is, it’s not changing that I’m on downtime.

But you take downtime regularly, don’t you?

Anyone that’s around on my social media knows that I take May off for my #Kaiatus, which often leads to a lot of work pulling showing up at the end of May. But, I’ve spent the last three years doing downtime and coming back whenever summoned. That’s not happening this time. And the next essay, which I’ve called ‘The Grain Silo’ (and is a part of the reason I finally went forward to write ‘And Miles to go Before I Sleep’) to explain why. But it’s about resting, not quitting, even if people feel like I’m deserting them. I don’t like that feeling, I’ll be honest, but I’m not sure what to do other than the path I’m on. WHen the road less travelled isn’t one I’ve ever been on, ever, it’s hard to know if it’s the right choice. But I guess I’m doing the best I can, and this is what it’ll take.

What’s your thought? Downtime, yay or nay? Should you consider community before self always? Are you going to be considering some time out, especially given the year we’ve all had?