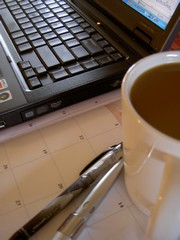 The radical changes I need to make #Mondayblogs #Wedswriters

So, I was a bit quiet about it, but I went on holiday for two weeks in the middle of August.  I spent the last two weeks battering around a pile of theme parks – Disney, Universal, Blizzard Beach (One of Disney’s waterparks), plus Nasa, Gatorland, the Florida Mall, Denny’s, IHOP… we did so much that I’m spending so much time just exploring my experiences and filing them away carefully.  My memory being what it is, I’ve also got about a gazillion photos that we all took – me, David, his mom, his sister, the kids.

I’ll talk about that more in another post (because this blog is getting picked up again as my ‘personal’ place to talk stuff, aren’t y’all lucky), but I need to touch on something I realised while I was away.  I am doing far too much.  FAR too much.  There’s no room for me to learn and explore my world, and there’s no room for writing, none at all.

So, you might say ‘but you knew this already Kai, this isn’t a surprise’.  And you’re right.  But between barely holding it together to grief, and to sleep deprivation (I sleep six hours a night, on my best night.  Normal nights are closer to five hours clawed back, with melatonin and other meds), so my little brain needs to be taught the hard way.
And the hard way was basically taking me offline for most of two weeks.  My phone doesn’t do roaming and I decided, early on, that I wouldn’t use the wi-fi, so I basically read, spent a lot of time hanging out with my kids (my son and I played pool a lot) and just enjoying *being*.

Now, my being is books and writing, so I spent a lot of time trying to work out what I should do with myself.  I don’t read or write nearly enough, and just behind that, I’m not doing a day of learning that I promised myself.  So there’s all that.  Behind that, and not far behind that either, I have a business to run – hosting and apps as it happens, and a diary I designed to help with all of this stuff.  I know it works because I hit the ground running when I came back.

I know it sounds like I’m happy with all of this, but I’m not.  It’s one of the most important things in my world- the ability to get to the point where I am comfortable and happy and can work with what I’d like to do, and I’ve lost that.
I’ll get there, but I’m sure it’s going to be bumpy for the next few weeks.  I’m happy to get with it, but there are things that are important to me, lost in the shuffle.   And all it took was a two-week holiday to spot it.

My mental health is still deteriorating, but I think I know how to sort that out too – I just need a bit of space to do it.  Space isn’t easy to come by though, so while I do, I need to make sure I’m holding up my end of other stuff too.

But there is a ray of hope.  Writing and my books.  While this is a personal blog, the pro stuff will appear here too.  One thing I did learn while I was away was that while my heart is full helping others, my soul sings for words.  And I have so many stories to tell.  And I want to tell them.