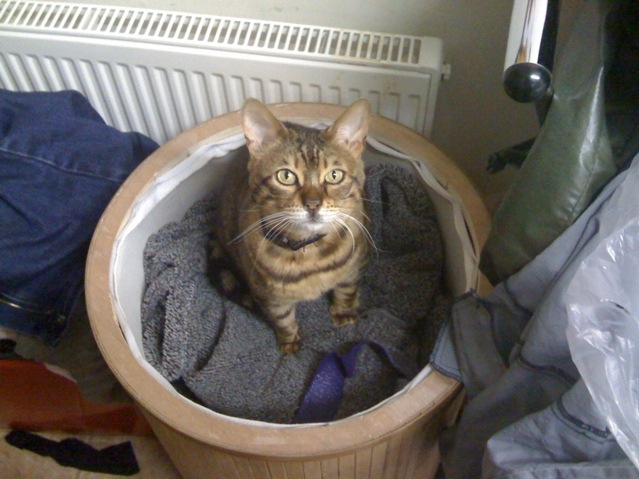 I’ve been trying to write this post for about a month.  And each time I do, I end up crying and backing away from it.  But it’s with the heaviest heart that I report that Kushka Viola, aka OfficeCat, was put to sleep on February 26th, after a short but valiant battle with her various illnesses.
The last post was a few days to go until Glass Block…..
The day before the release was the other half’s birthday, but the night before,  Kushie was having trouble breathing.  We thought it was another infection (Kush had a URI from adoption) and steamed her and put her in her box with her nebuliser and on Monday, called the vet.  The vet came to get her, and then everything kinda exploded in our faces.

Monday, we discovered that she had pneumonia so bad they couldn’t see her lungs, probably had diabetes and was really sick.  We didn’t think it could get much worse than that, so, we kept trying for another day.  She was completely out of it, and the vet said she’d gone blue at one point, so we knew it was bad.  We reluctantly asked that they didn’t resuscitate her and thought happy thoughts that she’d fight.  And fight she did.

Remember that ‘it couldn’t get any worse’.  We were wrong.  Tuesday confirmed her diabetes, pneumonia in one lung at the back, and a ‘growth’ in her chest that the vet couldn’t really identify.  It could have been an abscess, it could have been her lymph nodes.  It could have been much worse.
Diabetes in cats is difficult, or at least that’s what we were told.  Diabetes in cats like Kush, with permanent URI’s….might have been impossible.
Pneumonia…she could have recovered.  She’d have never been the same, but again, with her nose infection, she’d have really struggled, and it would have been a long road.
And then there was that growth.
I just couldn’t put her through it any more – neither could David.  We let her go on Tuesday 26th February, cuddled up in my arms.
I really miss my gorgeous girl.  I miss getting batted and beaten up because I’m not stroking her fast enough when she hops up on the couch.  I miss finding her waiting to be steamed as my bath is running.  I miss her singing, even at three in the morning.  I even miss her funny sneezes.

But….we had the best six years any owner could ask for.  She was an amazingly intelligent, cuddly but independent girl who loved nothing more than to snuggle on the couch next to us, or park herself on the windowsill.  The daft cat that went missing and was so happy to see me when the other half picked her up that she was reaching through the cage batting at me.  Our gas fire in the living room was her friend – she’d rub up against it waiting for it to be turned on, and slept happily in front of it.  And she sang.  Oh my goodness was she loud.  I miss her jumping on my laptop to make me close it.  I miss her coming to get me when I’m sad.  I just miss HER.

I thought I’d share this with everyone though – because she doesn’t deserve to not be remembered and enjoyed by others.
So.

I thought I’d share all of the gorgeous pictures that made us smile. 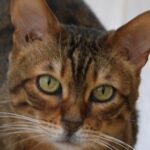 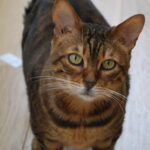 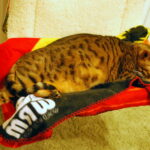 Did you know this was WARM? 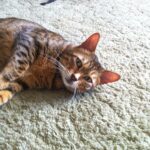 I’m gorgeous and I know it. 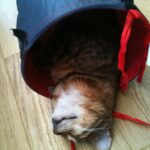 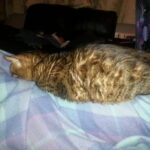 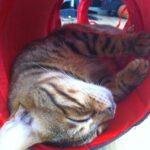 Cat in a tunnell 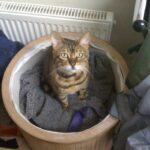 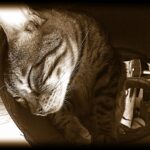 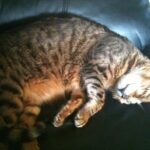 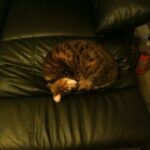 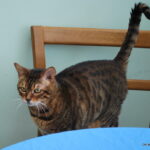 Ooooh…is that something to eat?

Bye baby girl.  We miss you so much.