My 10 years as a professional writer is coming up

I started writing professionally in 2001.  Part time, but still, I wrote for several sites and blogged (though it was a html template and the damned thing needed the new links added to *every bloody* page, cause I didn’t know about php back then).  I’ve always been a writer, but there was the conscious decision, in 2001, to do it full time.  It was around the time I started having problems in my second pregnancy, and they were predicting some pretty dire things for PrincessPink (which thankfully mostly didn’t come true) and I had to make some sort of decision to free us up so that I could care for a disabled child.  She’s challenging in a different way, but the choice was the right one.  I was a bit singleminded, and my family didn’t like that, but still, it’s worked out ok.  Mostly.  And in the end, it was me that was the bigger problem that year (gallbladder and illness before/after)

Anyway – to celebrate the ten year anniversary of becoming a professional writer (August 1st), I’m going to work on a couple of special bits and pieces and make my year 10 a big one.
I’ve been writing though, since I was four, so it’s not as if it were entirely unexpected.

I’d love it though if people could help me make my ‘decade’ anniversary of my version of professionalism a big one.  So, to that end, I’d like a ‘present’ from everyone.  If you could invite your friends to the new blog that launches on the 1st (it’s a surprise, but just about anyone that’s an author or reader will love it) I would *really* appreciate it.  I promise it’s one of those things that you won’t regret – in as much as I say I’m not, I’m actually apparently very talented 😉

OMG – this just in – extortion!

I’m so furious about this that I’m blogging direct from my phone.

I got an email at ‘theviewfrommykindle’ and at this blog saying that if I didn’t retract the review of (book) that they would post a retaliatory one star review on *everything* I ever publish.

Extortion is wrong – but the way I look at it – if this author does this, I can send the email onto the review sites to let them know.

My advice? If an author tries to extort you, keep the emails and inform the ‘official’ organisation if they carry through.

The story behind ‘Pillow talk’

I get asked this a lot, because Pillow Talk is one of those pieces that stays with people for a very long time after they read it.  It’s a short story, and I wrote it because one of my tutors, at the time of meeting me, said I was holding back.  He was right.

What happened was I was in a psychology class in year 2 on torture.  And then, straight after that class, I was at a prose class.  And the two just kinda collided in my head.

I am, deep down, quite an emotional person.  I’ve tried for the last year to tone down a bit, because I’m one of those people that people consider to be either unpredictable, or flat out aggressively defensive of what I believe.  I think it shows in my stories.  It’s caused so much of a stir amongst my closest friends that I thought I’d release it as a short story. 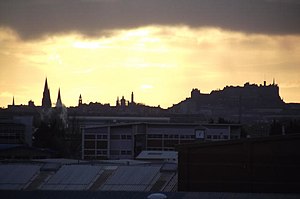 27th July, I’ll be in Edinburgh till the 29th.  On the 28th, I’ll be in town all day, and I’m happy to meet up with people – just let me know when you’re free (as it’s Thursday night, I think Starbucks on Princes Street is open late – so we can meet there?).

I’ve got some family visits to make during the day – but I’ll be around, I think from about 3pm or so till late.  Would love to see everyone if posible 🙂

(For those of you not aware because you’re either new to the feed or missed it when I moved,  I’m a Scottish lass – I live about 6 hours south of there right now – all our family is in Edinburgh, bar my brother.  So we travel home several times a year – this time  I’m doing on my own, dropping off the kids and spending some time on my own in Edi, before travelling to Newcastle to overnight with my adopted sister – then coming home on the Saturday).

Basically, if you’re in Edinburgh, and know me well enough to say ‘hello’ or live in Edinburgh and wanna see me  then please get in touch and we can organise something.  I know one day is pretty crap to fit everything in, especially if you’re not available on Thursday, but the visit is really quite short.  We’re hoping to be up longer at xmas, though we’re not sure right now.  I’ll have my book with me to show off 😉 (on my Kindle probably !)

Well done to those that got the ‘Dr Who’ reference 😉

The last week has seen some chances in how I view the community – I’m beginning to see that one of the major problems is that there are some people in the community that castigate people with one breath and then, scarily, endorse them in another.  It seems, basically, that there are some in the community more interested in choosing to play their own interests off against lying.  And I’m not sure how to address that other than, possibly, ignore them for all but the most important stuff.

War is going to be waged on several fronts.  I’ve got a script to finish sorting out, and some other various and sundry things to take care of over the next few days and weeks, but the most important thing – my dissertation – is top of the pile.  It goes back for the second round of feedback tomorrow, and then, hopefully, I can submit it and am done with Uni.  I’m really going to miss it, but one of the bigger problems I have right now is the board doesn’t confirm my results now until September, which means I’m not going to know what my degree *is* until then.  I’m not sure if I get to see provisional marks or if I just have to wait, so that’s something I’m going to ask Martin/Rebecca when I submit it.  If that is the case, we’ve got a big month in September – Teeniboi starts high school, and something else should have begun to resolve by then, not to mention that the plan we’re trying to put into motion right now should be well under way.  Glass Block should be out (end of August!), and most of all, I should be in a position to actually see the wood from the trees.  Taxes and all that crap should be worked out for the company, and I’ll have our first year’s turnover report available to me.  It’s all very exciting and scary all at once.

I’ve still not finished condensing down sites, though I have parked lots of stuff on here already.  Got an amazing plugin that should help me – and others – get onto WordPress all the easier, but I gotta test it first.  All in all, it might make designing author sites easier and allow me to move my beloved books site (which is html) onto my favorite system.  I’ll keep you posted 😉