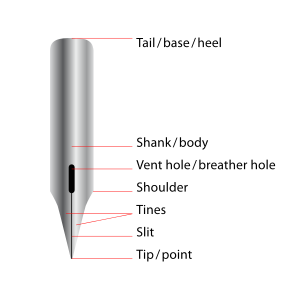 Though the writing community has moved on somewhat on the subject of pen names, it’s hard not to feel that the community itself has elements that are a bit behind the times.

What is a pen name?

A pen name is, quite simply, when you use aliases to write under.  For example, my real name is Donna.  Everyone online knows me as ‘Kai’.  Technically, I write everything under a pen name.  While this can sometimes be acceptable (like using your middle name instead of your first name) some people still frown on it.  But why?
The main bulk of pen names are made up of people who want, for various reasons, to disassociate their writing from one or another area of their lives.  Sometimes it could be because they write a genre that is family friendly and another that isn’t.  In some cases it’s because they don’t want their ‘old’ name to impact on their ‘new’ name – either because they had very poor or runaway success with the first name.
Or, like me, they write over distinct genres, and want their fans to know what they’re getting into when they pick up a book.  While it’s normally wise to develop one voice and ignore the others, some of us just can’t do that.  Like me.

The problem with pen names

‘Problem’ is a loaded word, but in this case, the ‘problem’ with pen names is that people sometimes see it as ‘dishonest’.  after all if you’re hiding your real name, what else are you hiding?  This kind of attitude seems to be most prevalent in people who would criticise anyway, so it’s easy to ignore, but if it’s something that happens on a mailing list, it can degenerate very quickly.  Especially if people start using emotive comments such as ‘honesty’ and ‘integrity’ to justify what they’re saying.  It’s vital in these cases to stand your ground, politely and then take a step back.

One of the main problems that comes from Pen names, funnily enough, is paperwork.  I run my writing as a business (and I’ll post on that later this week at my other blog at Work At Home Writers).  Especially if you’re making sales in different places under different names – so pen names aren’t as straight forward as ‘today I’m going to be Marty Mcspuspu’. (not my pen name!).  Actually, scratch that, it’s more work in general.

What’s good about them?

I’m not sure how other writers see them (but would love to know!), but for me, it’s a clear ‘job description’.  If I’m writing as Sabrann Curach, I know I’m doing horror.  If I’m writing under D Kai Wilson-Viola, I know it’s thrillers for me.  Kai Viola, chick lit.  Brittany Harkness is romance, and D Kai Wilson is non fiction.  It’s straight forward for me.
I initially started out with one pen name – – Fayth C Reeves.  She was necessity of a different kind.   I joined some mailing lists where being a parent (which, by the time I was 21, I was), and writing erotica was somehow the worst thing *ever*.  So I wrote under a persona.  And in doing so, I opened up a whole new world and new understanding of pen names.  Fayth wasn’t just a pen name – she was a whole new character – one that I quite enjoyed ‘playing’ with gusto on my sites for a while.  She still resides on some of my older hard drives, but time moves on and erotica isn’t the ‘bad thing’ it used to be.

One of the few things I really object to, when discussing pen names, is the idea that they are in fact cowardice – that somehow they’re underhand.  I’d like to vehemently refute that – sure if someone is writing something libelous under a pen name, that’s a different matter entirely, but one of the big problems with the writing community is that there are certain people who can’t see others happy.  These ‘policers’ as a whole, are a massive minority compared to those that *do* give back to the writing community, but they have two major issue – one, they’re not writing themselves (so really have no reason to judge another person’s choice.  It’s not even a case of ‘a mile in their shoes’ – it’s more that some people just seem to enjoy ‘teh dramas’)  and two, and probably more importantly, they are tearing people down instead of building them up.

If someone is writing under one – or more pen names, I say ‘good on them’.  I don’t even think in terms of ‘how dare they, they haven’t even ‘paid their dues’ on one, why should I support a second.  We should be supporting each other, period.